Woman assaulted and abducted in terrifying attack in Purfleet 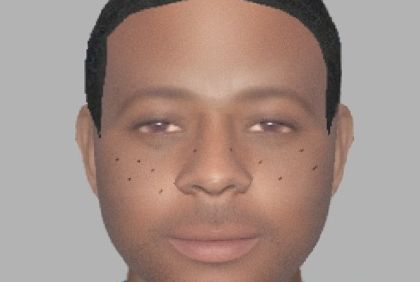 DETECTIVES have released an E-fit image of a man involved in a burglary at Purfleet in which a woman was assaulted and locked in a room.

The victim was alone at her flat in Caspian Way when six men forced their way by breaking open the front door at about 5.30pm on Friday December 28.

One of the men grabbed the woman by the throat, pushed her against furniture and demanded money. She was then locked in the bathroom as the men searched the rest of the flat.

The woman, who is in her 20s, managed to free herself and raised the alarm. She was badly shaken and suffered bruising from being held by one of the suspects.

The men then left the property in a dark silver and black Mercedes A Class-style car with possibly an A at the beginning of the index.

Investigating officer, DC Clive Day, said:”This was a terrifying incident for the victim who is totally unaware of any reasons why these men forced their way into the flat.

“She is now so frightened that she has been unable to return to the property. This does not appear to be a random attack although the attackers may have got the wrong address. Nevertheless their actions have caused a great deal of anxiety for the victim and her boyfriend with whom she was living at the time.”

All six men were described as being of mixed race.

The suspect in the E-fit was of stocky build, about 6ft tall, in his late 20s, has black hair, a local accent and black freckles on his cheeks. He was wearing a blue hooded top with white drawstrings.

A second man was of skinny build in his early 20’s, 5ft 3in tall and he was wearing a dark coloured hooded top. A third man about 6ft 4in or 6ft 5in tall, of skinny build and in his late 20s A fourth man was about 5ft 6in tall and of average build. There were no further descriptions for the other two men.

Anyone with information should contact DC Day at Grays CID on 101 or call Crimestoppers anonymously on 0800 555111.