THERE was no doubt that Grays man, Cy Honeyman was tired when he spoke to YT on the phone. It was hardly surprising as he had just completed his third marathon in three days.

Cy had been running the three day Jurassic challenge in Dorset. It is now a case of three down and five to go as he plans to run five more between now and November.

Cy said: “We finished in darkness last night as we picked up a few injuries. But the important point is that we finished!”

Below are the details of the marathons, why Cy is running and the ways in which you can sponsor him 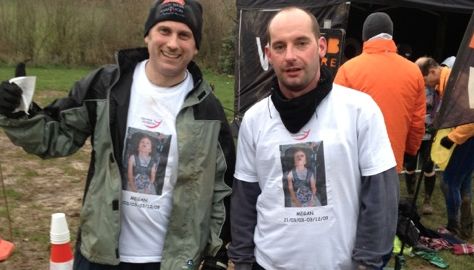 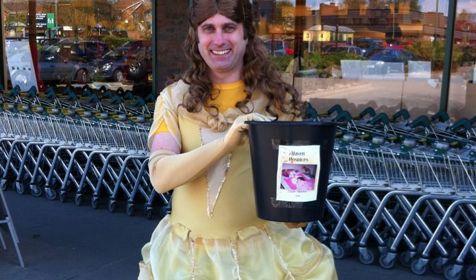 We are raising money for Little Havens Childrens Hospices, as just a small thank you for all the support they gave me and my family during and after Megans’ passing in December 2009. Megan was born on 21st March 2003 and had difficulties from birth.

When she was around 3 years old, we were introduced to the Little Havens team, they were fantastic. They made us feel welcome and reassured us that our precious angel would be in safe hands. Megan would always becoming really excited in the lead up to her stays at Little Havens, even though she was unable to tell us you could always tell.

When Megan died I could not have gotten through the worst period of my life without their support. So I decided to start running to raise money for them, this enabled me to see the other side of Little Havens, the extreme amount of work that goes into raising money just so they can keep there fantastic work going. So I started in January 2010 and have run 5 marathons to date, when ever the pain sets in I think of Megan and the pain she must have gone through all her life and think this is nothing!

So onto this years challenge, Jon (Megan’s godfather) and I will start on the 22nd March, a day after what would’ve been Megans’ 10th birthday, in Dorset running three marathons in three days. Then on to the Shakespeare marathon on 28th April, Windermere marathon on 19th May, South Downs marathon 8th June, July off! Then on to Salisbury on 11th August, New Forest 22nd September, Brentwood 27th October and finally the Halloween marathon in Telford on 2nd November.

Jon has run one marathon the 2010 London marathon (also my first), so this an immense challenge he has given himself but we will pull each other through when things get tough.

Through Virgin Money Giving, you can sponsor us and donations will be sent straight to Havens Hospices. Virgin Money Giving is a not for profit organisation and will claim gift aid on a charity’s behalf where the donor is eligible for this. We really appreciate all your support and thank you for any donations.

Megan you are still the bravest person I have ever known, you never cried, never grumbled even though you were always in pain. Always in my thoughts princess, love Dad.