POLICE would like to hear from anyone who recognises a woman who was caught on CCTV at the time of a theft from a shop in Grays. 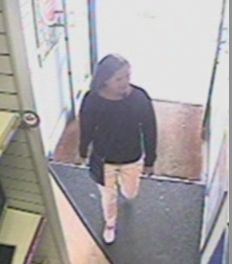 Enquiries to date have yet to establish a name for the woman and officers would like to hear from any members of the public who believe they know her.

The theft took place at 12.20pm on Monday September 16. A woman had entered the Cash Generator store, in Clarence Road, in Grays, picked up a remote control toy helicopter from the display and walked out of the store without making any attempt to pay for it. The suspect is described as white, aged 35 to 40 with brown hair.

Anyone who recognises her is asked to call Grays Police Station on 101 or ring Crimestoppers anonymously on 0800 555 111.