MEMBERS of Thurrock Council’s cabinet heard about exciting plans for Purfleet from the chair of the consortium leading the project – Sir Tim Laurence on Thursday (20 March).

Sir Tim, husband of the Princess Royal, and other members of the Purfleet Centre Regeneration Limited consortium were at the Civic Offices in Grays to hear confirmation of their “approved bidder” selection after a lengthy process. 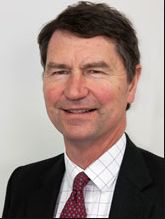 Sir Tim said he and his team were “absolutely delighted” by the decision.

He added: “Your vision in creating a long-term regeneration plan for the area is most impressive; we’re now impatient to get on with it and we want to get on with working on this scheme together.

He said his first impressions were “how hugely technically challenging the site was, I could see a number of hurdles in the way, but my second thought was what a terrific opportunity what massive potential there is in this borough and particularly on the Purfleet site”.

Members were told: “What we bring collectively with us is belief that there is a fantastic future for Purfleet; we bring passion for what we know we can achieve here, and we bring commitment to deliver this, to see it through.

“While your neighbour across the river at Ebbsfleet takes the headlines at the moment, we will be moving on quietly and getting this thing done.”

Cllr Andy Smith, portfolio holder for regeneration, introducing the report, said: “This is a huge project; it’s a proposal we picked up from the development corporation, but one we’ve really made it our own.

“It would have been easy to quietly drop it when the development corporation closed, but we recognised the potential of this scheme and have worked very hard to deliver it.”

Members were particularly pleased that the first phase of the scheme included a new primary school, shops, a health centre and new parks and other facilities.

And Council Leader, Cllr John Kent added finding a solution to the level crossing “that has for too long split Purfleet in half had been very important.

He added: “I see this as a three-cornered partnership, the consortium, the council and the community – it’s vitally important we continue to move forward like that.

“Having got through then quagmire of process, we’re now in the realm of delivery which is where we all want to be.”

And Sir Tim concluded: “There’s lots of hard work ahead and many hurdles to overcome, but this evening we’re very happy to pause briefly and enjoy this for a brief moment; we’re delighted you’ve chosen to work with us and we’re genuinely ambitious to work with you and see the project done.

“We looking forward to building a wonderful place to live and work in Purfleet.”