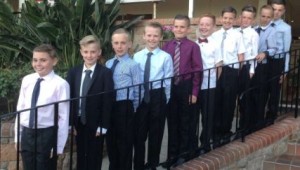 Primary Schools’ District Team returned from the FA endorsed Football Festival in Jersey unbeaten after playing six games. The tour, the climax to an exciting season, allowed the best of footballing talent in Thurrock, play against the best from around the UK. The team, selected from pupils who are currently in Year 6 in Thurrock Primary Schools spent a week in Jersey playing daily and then exploring the Island in their free time. The team recorded victories over Newbury and Orpington and secured draws with Plymouth and Gloucester. The team then secured another win over Orpington in the play-off on the final day.

Co-manager Kevin Watts said, ‘The team played extremely well with some fantastic football. They showed a real determination to represent their school and borough in a positive manner both on and off the pitch and didn’t disappoint. The games were against good opposition but they were played with real passion.The camaraderie all week was excellent and the attitude and behaviour was first-class. They were a credit to Thurrock. We would like to thank the support from Thurrock Sports Association and the Palmers Trust.’

The team has still have a chance of winning the Essex League. Co-manager Steve Crabbe said, ‘ It would be a fantastic achievement to win the Essex title as we were runners-up last season. The players really deserve something for all their efforts this season and hopefully with just three games to go, they will be successful.’ 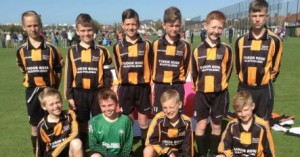