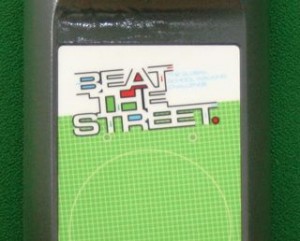 boxes on lampposts will soon become a familiar sight around the borough as Thurrock Council’s latest effort to improve people’s health hits the streets.

They are key to a game called Beat the Street Thurrock which will challenge everyone in the borough to walk a collective total of 25,000 miles in seven weeks – the distance around the world.

The game begins on June 11 and runs until July 22. Players will have cards or key rings that they tap on the boxes on their journeys to and from school, work, the shops or simply out walking.

It is estimated that lack of exercise – even more than obesity – is a major contributor to poor health, serious disease and premature death and strenuous walking can make an impact combatting the issue.

Each box tapped gains ten points for their team as long as it’s within an hour of the last one tapped and points tot up online.

Over 100 Beat Boxes will be placed around the borough and maps will be available showing all the locations.

There will be a mix of prizes to be won, ranging from cash prizes for winning teams and their chosen charities to spot prizes for those who place a lucky tap on selected boxes.

So far almost all the schools in Thurrock have signed up for the challenge and local businesses including Intu Lakeside and Morrisons have donated prizes.

The game aims to get local people to become more active in a fun way that involves the whole community.

According to the World Health Organisation (WHO) physical activity is now as important as smoking as a risk factor for premature death and globally is the fourth leading cause of death. Activities such as walking can also help people to lower their weight. Adult obesity in Thurrock is also high. Data from Sport England’s Active People Survey 2012/13 shows that 70.8 per cent of people aged over 16 here are overweight or obese in comparison with the national average of 63.8%.

Anyone can take part and can play as an individual or a team. You can pick up a card from your doctor’s surgery, local library or an Impulse Leisure Centre and register online at thurrock.gov.uk/beatthestreet

Beat Boxes will be activated on 11 June when the game begins.

Regular updates will be available online through the council’s websites and Travel Thurrock app and local news outlets, including the Thurrock gazette, Thurrock Enquirer and YourThurrock, so watch out and get ready to join in.