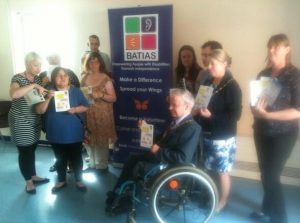 UK Parliament Week, an annual festival of events intended to connect communities with their democracy, kicks off in the East of England on 14 November 2016. More than 250 events will take place across the United Kingdom throughout the week in the biggest UK Parliament Week ever.

Organisations including museums, art galleries and charities will run UK Parliament Week events designed to appeal to diverse communities. Events already registered include debates, workshops, walks, talks and exhibitions, covering topics from architecture to the suffragettes, and from Brexit to fashion – all devised to help people across the UK understand how Parliament’s work affects their lives and how they can take an active part in shaping their democracy.

Listings are available at www.ukparliamentweek.org with the programme of activities being updated as additional events are added. A selection of public events in the East of England includes:

Question Time
Monday 14 November, 7:00pm – 9:00pm
Felsted School, Felsted
A question-time style debate focusing on issues surrounding the impact of the US presidential election and BREXIT on the UK.

BATIAS – Self advocacy group
Friday 18 November, 2:00pm – 4:00pm
The beehive resource centre, Thurrock
A self-advocacy group for adults with learning disabilities will host a meeting to discuss what parliament is and how it effects everyday life.

Suffragette Film Screening
Thursday 17 November, 11:00am – 1:00pm
Vue Cinema, Cambridge
Part of a series of film screenings aimed at young people, Into Film will host a film screening of Suffragette, a powerful depiction of the rise of the Suffragist movement and some of the British women involved. The films chosen will give students the chance to further explore their relationship with democracy.

Belle Film Screening
Friday 18 November, 10:00am – 11:50am
Odeon Cinema Hatfield
Part of a series of film screenings aimed at young people, Into Film will host a film screening of Belle, an absorbing drama about the illegitimate mixed-race daughter of a Royal Navy admiral in the 18th Century, blending period romance and the abolition of slavery. The films chosen will give students the chance to further explore their relationship with democracy.

Speaker of the House of Commons, Rt Hon John Bercow MP, said:
“Throughout the centuries people across the United Kingdom have debated and discussed Parliament as they have driven political change. I am delighted that this year’s UK Parliament Week will reaffirm Parliament’s central place in our national life, and encourage everyone to take advantage of this opportunity to add their voice to our national conversation.”

The Lord Speaker, Lord Fowler, said:
“Parliament Week has been going from strength to strength since it began in 2011, and with over 250 events this year up and down the country, it promises to be a great chance to get involved, wherever you live. The effectiveness of the work of Parliament relies on the engagement of the public, and I’m delighted to see such a wide-ranging and diverse array of opportunities for people to connect with the work of both Houses. Reflecting on, debating and learning about Parliament – past, present and future – is at the heart of all these events and I hope as many people as possible will seize this opportunity.”

MPs and Peers will be taking part in UK Parliament Week events, providing the public with the opportunity to engage with key decision-makers at the centre of British politics. Parliament’s social media channels will track the conversations using #UKPW16. UK Parliament Week will also feature a number of online events and campaigns, in particular the official start of the massive open online course, “An Introduction to the UK Parliament,” created in partnership with FutureLearn, on Monday 14 November.

Other events include: BFM Radio UK’s Speak Out On Twitter Day on Saturday 19 November, when suggestions for political change will be shared under #DoDemocracy; a special Children’s Radio UK broadcast ‘Inside Parliament’ featuring Monty the Gargoyle; a Civic Voice Lobbying Day, when members of the public are encouraged to meet and lobby their MP, sharing the results online, on Friday 18 November; and a week of debate and discussion on The Student Room.