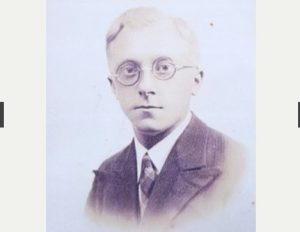 A NEW book recounting the horrors of life in a Siberian prisoner-of-war camp, which has been written by daughter of a labour camp survivor, has just been published. A Homeland Denied tells how 19-year-old Waclaw Kossakowski was torn out of his comfortable life as a maths student at the University of Warsaw, Poland, in 1939 to be plunged into the darkest theatres of war.

Mr Kossakowski was first held as a prisoner by the Red Army at the notorious Kozielsk prison. He was imprisoned there for many months before being transported to a forced labour camp within the Siberian Arctic Circle. The labourers were used to build runways for a military airbase that Soviet leader Stalin wanted, working in temperatures of minus 50F.

According to Irena Kossakowski, who now lives in Devon, her father was subjected to indescribable suffering and brutality, as Russia did not abide by the Geneva Convention on the treatment of prisoners. Irene said: “The labour camp was a truly horrific place. He had nightmares all his life, so many friends murdered or frozen to death in the unforgiving cruelty that is Siberia.”

She said: “My father was thrown into hell and, despite everything, he survived and was able to build a new life in Britain. I think anyone keen to know more about Poland’s largely forgotten role in the Second World War, fighting alongside the British, will find this book revealing. So much was censored by the Russian government for so long. A whole generation has missed out on what really happened to the Poles and the sacrifices they made.”

The book is also a loving tribute to her father’s indomitable spirit. It not only evocatively describes his ordeals but puts them in context of the war. The book also reminds us (and some need reminding) of the contribution made by the Polish nation in World War Two.

Mr Kossakowski died in 2014 at the age of 94. His ashes were taken back to Poland, where he was buried in the family plot, as he had wished. He was given a soldier’s burial. A few years earlier, in 1992, he had the honour of meeting the Polish Pope John Paul II in Rome. The Katyn Museum in Warsaw is now planning a permanent display about his war service, with documents, photos and medals donated by his family.

A Homeland Denied, published by Whittle Publishers, priced £16.99, is available on Amazon and at all good bookshops.