MP Stephen Metcalfe wants your ideas on Science and Technology 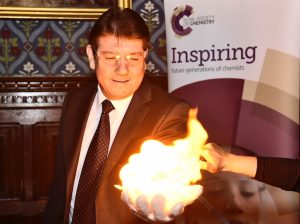 THE House of Commons Science and Technology Committee has recently created an open opportunity for the science community, schools, colleges, and the wider public to suggest science and technology areas for scrutiny.

The cross-party committee of MPs, chaired by Stephen Metcalfe, MP for South Basildon & East Thurrock, exists to examine government policy on science and technology issues and wants to gather suggestions for topics for its next inquiry.

‘This is a great opportunity to get involved with setting the science and technology agenda in Westminster.

‘If there’s an area of science that you think isn’t getting the attention it deserves or where the Government needs to do better, then this is an easy way to let politicians know about it.

‘I would be proud to see people from our local area taking part and telling MPs about an important science issue.’

‘My committee is looking forward to learning about areas of science that we might not otherwise consider.

‘We have held inquiries into many fascinating topics recently and have more planned for 2017—but we want to hear your ideas too.

‘I’m keen to open up this part of the process and get fresh input. We’re encouraging scientists and the wider public to get involved by sending us 200 words or a 1-minute video. I am particularly keen to hear ideas from schools and colleges.”

The Committee is asking for suggestions either in the form of a written submission via its website or a short video tweeted with the #MyScienceInquiry hashtag. A selection of the proposals will be shortlisted for an opportunity to give a 10-minute pitch to the Committee in person at a public ‘Dragons’ Den’-style session to be held in the New Year.

Proposals should outline in less than 200 words the nature of the issue that the Committee should explore, why it deserves attention, and how Government policy in this area could be developed or improved.

Recently the Committee has looked at topics ranging from anti-microbial resistance to science communication, and will shortly begin work on gene editing and ocean acidification. In 2016 it has also published reports on the impact and implications of Brexit for science, the science budget, and digital skills.

Written suggestions can be submitted online via www.parliament.uk/myscienceinquiry or by tweeting a video with the hashtag. The deadline for proposals is Wednesday 4 January 2017.