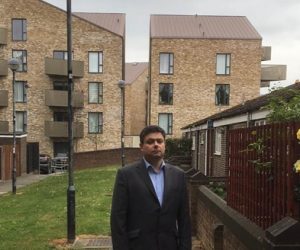 LABOUR’S candidate for Thurrock, lifelong Thurrock resident and former leader of the local council, John Kent has responded to UKIP’s attack upon his election pledges.

John Kent has announced that his five key pledges to Thurrock are:

1.Fighting the disastrous second Thames crossing proposals in Parliament
2.Standing up for the vital NHS services that residents rely on across Thurrock
3.Protecting our children’s education from the Tories £11 million cuts to Thurrock schools
4.Tackling the housing crisis by working to deliver affordable homes for Thurrock residents
5.Delivering jobs and opportunities for local people

In response to Tim Aker’s attack upon his record on housing in Thurrock John Kent said:

“This hopeless and wholly inaccurate attack upon my record shows how desperate UKIP have become. As the evidence grows that Thurrock residents are turning their back on UKIP now that Brexit is secured, Tim Aker’s statements are becoming ever more detached from reality.

“I am proud that when I led Thurrock Council we built significant numbers of council houses for the first time in a generation – delivering affordable homes in Grays, Ockendon and Corringham, with more projects put in the pipeline for Chadwell and Grays.

“I am also proud that I introduced tough new guidelines putting Thurrock residents who have lived in the borough for at least five years first in line for council housing.

“Everyone agrees that £1200/month for a three bedroom home is outrageous, but as Tim Aker well knows those rents have been set by the Tories.

“UKIP has nothing to offer Thurrock residents at this election and is completely irrelevant to the real needs of local families. Thurrock residents who want to stop Jackie Doyle-Price’s new Thames Crossing, to have access to genuinely affordable housing, to save Orsett hospital from closure and to protect our schools from the Tories’ £11 million cuts should vote Labour.”