A quick word about Jackie Doyle-Price 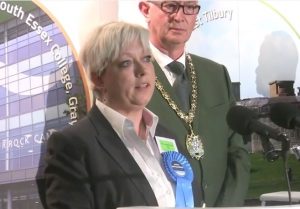 AS we are in the midst of our General Election coverage, we just wanted to set the record straight on why we have not interviewed Jackie Doyle-Price.

We have not received a press release, an invitation to a photo call, a quote in over five years or more.

We were not invited to the appearance of Minister for Brexit, David Davis in Aveley on Thursday morning.

We make mention of it, just now, in the interest of balance. People may be new to the site and wonder why there are interviews with John Kent, quotes from Tim Aker and profiles of
Kevin McNamara.

We have no grudge, bias, ill-feeling, feel no chagrin to Ms Doyle-Price. We welcome her back anytime and wish her well on her attempt to retain her seat.