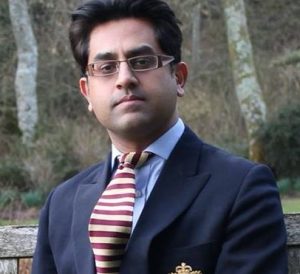 FOBBING resident, Reetendra Nath Banerji, is a self-employed Management Consultant specialising in Change Management. He was previously a Maths teacher and Assistant Headteacher at Westminster Academy. Born in West London, Reeten has worked in both the UK and USA.

Reeten’s professional career was initially with AT&T in Atlanta, during the ‘dotcom’ era. He then moved into IT consultancy in Silicon Valley, California. He worked with IT start-up companies launching wireless Data Network products and services. Reeten also taught Economics at Western Carolina University. He moved back to the UK seventeen years ago.

As a teacher, Reeten worked with parents and pupils to help them to understand society’s changing expectations in the world of employment. Reeten maintains a strong interest in all aspects of education and continues to sit as a school governor.

In addition to education, Health provision is another of Reeten’s interests. Reeten himself has an elderly parent, and is concerned about the pressure on the NHS of an aging population and how to meet its needs. He has campaigned with HACAN against Heathrow expansion, the basis for his opposition was the likely impact on personal health of any expansion.

Reeten believes that for a strong economy we need to build a fairer society in which government, business and enterprise do not impose unnecessarily upon people’s lives. Reeten has a BSc. in Pure Mathematics and an MBA. A former Territorial Army soldier, he enjoys cycling and hiking and is keenly aware of environmental issues, particularly as they affect rural and semi-rural communities.

Reeten’s career has been helping people to understand and manage change. A tireless promoter of Liberal Democrat ideals, Reeten’s ambition is to represent the residents of South Basildon and East Thurrock at this time of change and challenge.