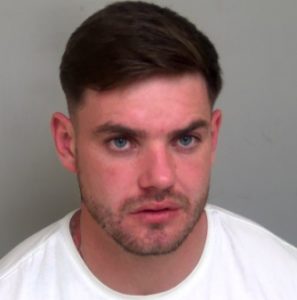 POLICE are appealing for the public’s help in tracing a man wanted for seven separate offences.

Gray is described as white, stocky, with blue eyes and short brown hair.

Anyone with information is asked to contact police at Grays on 101 or Crimestoppers anonymously on 0800 555 111.