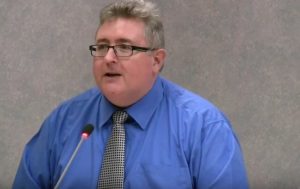 THURROCK Council Leader Rob Gledhill has defended his get tough stance on litter bugs across the borough.

In December, a pilot scheme was introduced. The first of those who have failed to pay their fines are now coming through the courts. It appears that if you fail to pay the £65 and then fail to appear in court, your fine could leap up to £800 and rising.

Cllr Gledhill said: “This is a great result for the residents of Thurrock as it will send out the message that our streets are not to be treated as a convenient tip for those too irresponsible to use a bin or take it home with them.

Taking this zero tolerance approach to help reduce litter was called for as far back 2013 but the Labour administration failed repeatedly to implement it. However after less than a year of running the Council the Conservatives administration introduced an environmental enforcement team that has issued over 1000 fixed penalty notices for littering and taken 16 litterbugs to court to secure massive massive fines. Further more this has been done at no cost to the taxpayer.”

Rob added “These prosecutions are the first of many and form part of our new enforcement strategy. Once this is implemented we will see fixed penalty notices for littering, flytipping and graffiti rise to the maximum permissible.

“Furthermore if these environmental vandals supply false names and addressed we will be publishing their pictures on line asking residents to supply their details to enable the Council to prosecute them to the full extent of the law.”