Three arrested after assault in Grays 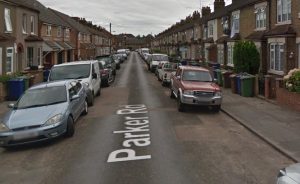 THREE people have been arrested in connection with an assault in Grays.

He was taken to hospital with cuts to his hand and forehead and later discharged.

They were released on bail until June 23, pending further enquiries.

Witnesses or anyone with information are asked to contact Grays CID on 101 or Crimestoppers anonymously on 0800 555 111.