Essex Police to issue spit guards to its officers 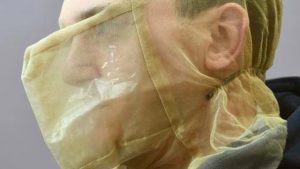 ESSEX Police chiefs have agreed that the force will issue lightweight mesh spit guards to its officers to protect them from the health risks they face while working to keep the county safe.

Since 2015 the force has recorded 48 cases of officers being spat at or on.

Chief Constable Stephen Kavanagh said: “I’ve been spat at and I talk to many of my officers who have been the victims of this assault too, including one case just a week ago.”

“Being spat on – with saliva and sometimes with blood too – isn’t just unpleasant. It risks contracting illness or disease or at the very least worry and stress that they might. I want officers out there keeping Essex safe, not sitting in a GP surgery scared for their wellbeing.”

“I trust my officers to carry items of protective equipment like tasers, batons and in some cases firearms. I trust them to use that equipment professionally and there is no place in policing for people who do not do so. The decision to use these lightweight mesh guards will protect our protectors and allow police officers to do their work more safely with less need to restrain with force people taken into police custody.”

The guards, which were approved for use in 2007 and are currently sanctioned for use by 25 other police forces including by British Transport Police in Essex, will be issued to warranted police officers as part of their personal protective equipment.

They will be issued to officers once purchase and mandatory training is completed. It is anticipated that the spend on the guards, which can only be used once, will be around £1,000 per year.

The force will ask its Strategic Independent Advice Group to monitor use of the guards.