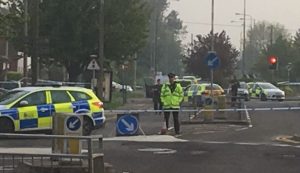 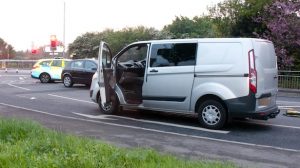 THREE men have had their sentences increased following a successful appeal by Essex Police.

The trio had been jailed following two separate incidents last year, which had been investigated by the Kent and Essex Serious Crime Directorate.

A 54-year-old man was shot in Stanford-le-Hope in May 2016 after one of his relatives severely injured Dooley in November 2015.
Dooley instructed Adams to carry out the shooting in retribution, and Adams then instructed others, including Wallace, to assist him.

The victim was shot as he waited in his van at the junction of London Road and Stanford Road.
He survived the single shotgun blast but was left with serious injuries to his face and a lung, and lost the sight in one eye.

All three defendants had denied conspiracy to murder but were convicted following a trial at Chelmsford Crown Court.

In a separate case, Wallace and Adams forced their way into a home in Halstead, Kent, in April 2016, and tied up the homeowners before pouring boiling water over them and beating them.

The victims, a couple aged in their 60s, were also threatened with a knife and a hot iron.

Their ordeal lasted almost two hours, before Adams and Wallace eventually fled with cash and jewellery.

Speaking after today’s appeal hearing, Detective Chief Inspector Stuart Smith, of the Kent and Essex Serious Crime Directorate – and senior investigating officer for the Essex case – said: “I believe these sentences reflect the seriousness of their crimes and the harm they caused their victims.

“They show that criminals involved in serious organised crime will be held to account and punished for their actions.

“The public as a whole are protected from these three dangerous individuals.

“While we welcome these significant sentences, the victims in these two horrific crimes will suffer the consequences of what happened to them for the rest of their lives and no sentence can reflect the trauma they have endured.”