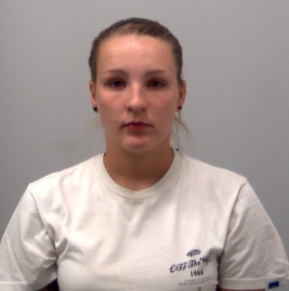 ANOTHER three drink-drivers, arrested during Essex Police’s summer anti-drink and drug driving campaign, have been convicted.
107 people were arrested during the campaign which ran between June 1 and June 30.

Essex Police is publishing the names and images of people convicted to act as a deterrent to other people considering doing it.
Adam Pipe, Casualty Reduction Manager, said: “If you drink or drug drive you could lose your licence, your job and worse, your life.

“It is reckless, it is dangerous and Essex Police will not tolerate it.

“Our work to catch drink or drug drivers and bring them to justice never stops – over the weekend 23 people were arrested on suspicion of drink driving offences.
“Anyone who has any information on a drink or drug driver can call us on 101 or Crimestoppers anonymously on 0800 555 111.”

Reese Haywood-Gray, 25, of Stirling Close, Rainham.
– Arrested in Bradford Road, Chelmsford at 12.15am on June 3;
– Disqualified for 12 months, fined £120 and ordered to pay £85 costs and £30 victim surcharge for drink driving.

Elysia King, 21, of Clarence Road, Corringham.
– Arrested in the Sealife Centre car park in Western Esplanade, Southend at 3.48am on June 29;
– Disqualified for 28 months, ordered to complete 100 hours of unpaid work, and told to pay £85 victim surcharge, and £85 costs.