RWE may have plans for new power plant in Tilbury 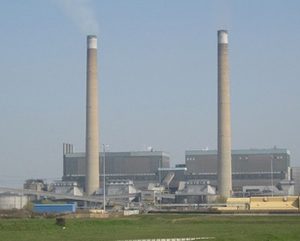 RWE is taking the first steps in putting a planning application together in order to build a 2.5 gigawatt gas power plant in Tilbury.

YT also understands that the German company plan to add a 300 megawatt open cycle gas turbine and an energy storage facility at the same location.

RWE closed the Tilbury biomass plant (which was once a coal-fired power station) in 2013. Demolition of the old plant began at the start of this year and is due to complete in 2018.

The company told FT that the site “is considered to be one of the best in the country for power generation given its proximity to London, the National Grid electrical and gas system and cooling water from the River Thames”. P