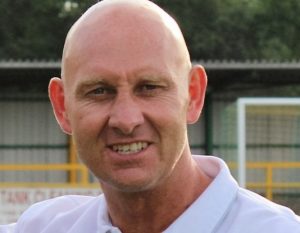 Win, Lose or Draw Thurrock will enjoy being back in the Bostik Premier.

THURROCK’S decent pre-season, which saw the Fleet hold Dagenham & Redbridge and Southend United to draws, culminating in a 1-0 win over Colchester United U23s on Tuesday, now start off in the Bostik Premier on Saturday and manager Mark Stimson admits it will be a challenge, but that he will enjoy it as the club are now back at the level they should be at.

The opening five games see Thurrock at home to Margate, Worthing, Dorking Wanderers and big-spending Billericay Town, along with an away trip to Needham Market. “It’s a tough start,” Stimson told yourthurrock: “opening with Margate who will be one of the teams up there challenging. It will be a test but our players are ready. We then end the month playing Billericay Town, which will be exciting.”

Thurrock are now going to be mixing it with teams with big budgets. Add in Dulwich Hamlet and you have a division that will be very strong. Having gained promotion last year via the play-offs I ask Mark if a play-off place is a realistic aim this season. After laughing this off and questioning my sanity he then went on to say: “The main thing is to stay in the league. Last season AFC Sudbury went back down having come up, Brentwood Town came up and then straight down. We are looking to stay in the Premier Division and build. You need to be experienced and strong if you want to be challenging. We are not there yet.”

Stimson said that he will enjoy this season as the last few years were tough. “At times it was like a war, going to tough places. This season we will be playing at nice venues and all I want is for the players to do themselves proud and the club proud.”

Stimson has added a few seasoned players into the squad from last season. Returning is Lewwis Spence, who Stimson expressed brings bags of experience and quality. Also coming in is Dennis Olli, who has played at Grays and Gillingham and more recently Hemel Hempstead Town and Farnborough. Stimson told me that he looked useful in pre-season. Richard Halle and Glenn Poole are also on hand to guide the younger players that Thurrock have at their disposal.

“We are trying to build from within. In the last five years we have moved a lot of players from youth to the reserves then into the first team. You can be restricted on budget, and experience doesn’t let you down, but I also like to give young players opportunities. I enjoy giving young players the belief to go and play the game and with the older ones around them. I think we have a good track record in developing players’. Whilst other clubs may be throwing the cash around, Stimson wants to develop from within Thurrock’s own system. The youth section is one of the EJA’s traditionally strong sides and last season the reserves won the Essex Senior League Reserve Division with a young squad. The Winn twins, Georgie and Ronnie, along with Joe Christou have stepped up to become regulars for the first team and there are others ready to follow in their footsteps this season.

In the days of high ’em, fire ’em football management it is refreshing to see that both Thurrock and Mark Stimson have been working together for five years now. Mark says that part of the reason he has stayed at Ship Line is because: ‘The chairman backs me to the hilt. He lets me and my coaching staff get on with it. Tommy likes football played in a certain way and we try and play it.’ This season, whatever happens; Thurrock will be trying to play football the right way; the sort of football that they have been serving up for a while now as that’s Stimson’s way.

Stimson laughs as he tells me when he joined the club someone on the board said he would be gone in six months. “I said ‘wait and see’. Let me crack on and when you see the way I work you will all enjoy it. I’m still enjoying it, I’m entering my sixth year now and long may it continue.” The club’s fans will probably want Mark Stimson to remain in the dug-out for a bit longer too.

Thurrock start their Bostik Premier campaign against Margate on Saturday at Ship Lane; then they make a long midweek trek to Needham Market.