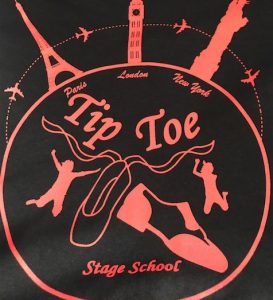 POPULAR Thurrock based TipToe Stage School spent the last week in Disneyland Paris where they performed to capacity crowds in Disneys’ Magic Kingdom.

Just under a 100 pupils and parents made the journey from Ockendon to Paris after the school were invited to perform in the park by the Disney events team.

It was a mammoth operation which saw the majority of the group traveling by Eurostar, and some driving through the night to get to the park.

The performers were selected after the show organisers saw the school’s Royal Albert Hall performance and the fact that they had represented the borough in the London Olympics.

But this wasn’t the schools first time performing in Disney – they had the honour of being the first Thurrock school ever to perform there way back in 1999 and again in 2006.

The performers ages this time ranged from six up to adult and the pupils created a 20 minute piece made up of five routines.

Julie Barker, Principal of TipToe said: “This has been both a humbling and proud moment for me and my teaching team. The performers danced impeccably and not only did they entertain and wow the crowds, but they represented the borough in the best way. Their determination to succeed and also put on such a great show was just inspiring.

“It was also great to see our Thurrock branches merge with the Romford branch and they gelled really naturally. Many went to Disney knowing each other but came home as friends.

“I just want to also say a massive thank you to the parents, friends and family for making Disney so special. I don’t think we stopped laughing from the minute we set off!

“Thank you to my teaching team who accompanied the performers and gave their time to make sure everything run effortlessly – that’s Lauren Cooke, Quincey, Els and Dan. Plus our assistant teachers, Kayley, Shayley, Millie, Ellie and Rebecca. We simply couldn’t have done it without you.

“Special mention to Jamie who flew back from her full time job as a holiday rep to perform (having learnt the routines via video and one to one tuition by her sister Ellie. That shows the sort of commitment we have at TipToe”.

“We are really lucky at TipToe to have built some special relationships with local companies and one such organisation is John Sear Estate Agents who were so kind and sponsored the the official Disney t-shirts. This was incredibly generous and they looked amazing”.

Sent from my iPad

The school are now starting to create their main show which takes place at the Towngate Theatre in April next year. If anyone is interested in being part of the show, and also learning all performance arts genres in a fun and trusted environment, by qualified teachers, please email julieecarter@aol.com, call 07940521864 or check out the school on Facebook – TipToe Stage School.