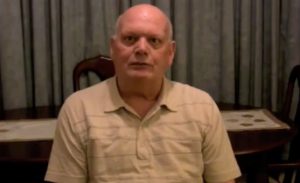 THE former MP for Thurrock, Andrew Mackinlay has paid tribute to former mayor, George Watts, who has passed away.

Mr Mackinlay said: “I am very sorry to hear of the passing of George Watts.

Thurrock was greatly served by his dedicated service as Mayor, a Councillor and, after his retirement from local government,
many worthwhile organisations both within the Borough and nationally.

“I also remember he was particularly concerned that the famous victorian biologist and naturalist, Charles Darwin, got all the credit for the scientific theory on evolution.

George believed this was grossly unfair and argued that much of the credit for explaining the new science of “evolution” should have been credited to Alfred Russell Wallace.

George, in particularly, argued against the invasion of Iraq. He was right. I was wrong.

He was always kind. I recall he was one of the first friends I made in 1988 , when I first came to Thurrock, seeking the Labour candidacy.

“May he rest in peace”