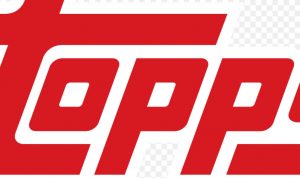 TOPPS, the UK’s leading collectibles company, is inviting children and families in Essex to its free festival this October.

The Festival will be an opportunity to enjoy a range of fun-filled activities as it stops by the Lakeside Shopping Centre on Monday 23rd October, between 10am and 4pm.

The festival will feature something for collectors of all ages including games, character appearances and challenges based on fan favourites including Premier League Match Attax, WWE, Star Wars, Despicable ME 3 and Shopkins as well as amazing giveaways. It’s really one not to be missed!

Meanwhile, fans of Match Attax, the official Premier League Trading Card Game, can learn to play Match Attax, swap with other collectors and try their luck in a head-to-head challenge of stats, tactic and skill to win a special Match Attax master card.

Plus, visitors can get football freestyle tips from record-breaking super-star, Dan Magness, and enter exclusive football-tastic giveaways. Dan will be attending to teach fans some of his tricks and will also be performing his freestyle routine.

In 2009 Dan became the first person in the world to keep a ball in the air for 24 hours without dropping it. In June 2010 he extended his 24-hour record by two whole hours, raising the bar for other freestylers to strive towards. In 2012 Dan also broke another record by walking from Wembley Stadium to Old Trafford keeping a ball up the whole time.

Rod Pearson, Marketing Director for Topps, comments: “We are really looking forward to having our Topps Festival return to the Lakeside Shopping Centre. Last year was a roaring success and we’ll have lots more fun-filled activities going on for the whole family to enjoy this half term and would encourage everyone to pop down and say hello.”

The Topps October Festival takes place this half term on 23rd October in the Central Atrium, Lakeside Shopping Centre, West Thurrock Way, Essex, RM20 2ZP, London between 10am and 4pm. Entry is free.

For further information about the Topps October Festival, including full details of the event, please visit www.toppsfootball.com/events