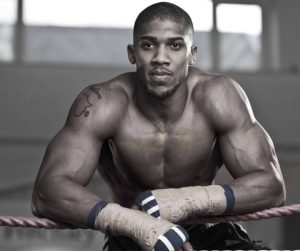 THURROCK Boxing fans can secure the best seats in the house for the Joshua vs Takam fight live at Vue venues across the country* on Saturday 28th October 2017. Carlos Takam has been announced as Joshua’s opponent after an injury forced Kubrat Pulev to pull out.

Frenchman Takam, the next ranked IBF contender, has been on the hunt for a showdown with the British star and is ‘overjoyed’ to be in with a chance to steal his titles away.

Joshua’s clash with Takam is part of a huge night of action in Cardiff, with an undercard that includes Dillian Whyte taking on Robert Helenius for the WBC Silver Heavyweight Title and Frank Buglioni and Callum Johnson clashing for the British and Commonwealth light-heavyweight crown.

Sports enthusiasts will enjoy the ultimate big screen experience, with every hook, upper-cut and jab screened in high-definition and enjoyed from stadium seating.

Tickets are on sale now and fans hoping to bag themselves a ticket can check out www.myvue.com for more details.