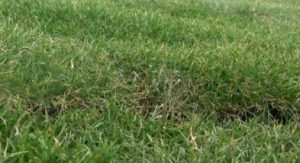 A review of the recently suspended Grounds Maintenance charge was discussed at the Housing Overview and Scrutiny Committee Meeting (Tuesday 17 October 2017).

The charge was agreed earlier this year but was suspended by the council on Tuesday 26 October following concerns among residents and members.

At Tuesday’s meeting the Committee endorsed a full review of the charge which will look at all of the following;

· The reasons the charge was proposed

· The impact on the housing budget and on housing services of a full range of options, including: proceeding with the proposed £5.00 charge, lowering the standard charge, varying the charges from tenant to tenant, and not introducing any charge for the service.

The review will be completed by December and a full report will be taken back to the cross-party Committee, which will then make recommendations for the Cabinet to consider.

Chair of the Housing Committee, Cllr Luke Spillman said: “These charges have caused a significant amount of concern in the community and I’m pleased that the Council has responded by suspending the charge and undertaking this review.

“I look forward to receiving the report which will give the Committee the information we need to recommend the right course of action for the future.”

One Response to "Further review of Grass Tax agreed"