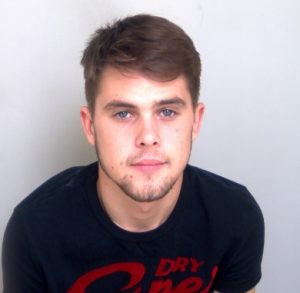 ESSEX Police would like to talk to Jack Eggleston-Clarke, 22, in relation to a burglary at Aveley Football Club.

Officers received reports that suspects broke into the club’s grounds at around 1.30pm on Tuesday, May 30, and caused a five-figure sum of damage

The suspects also stole items including 40 footballs, an electronic scoreboard and defibrillators.

Police have arrested three boys, aged 16 and 17, on suspicion of burglary and they have been released under investigation.

Eggleston-Clarke has connections to the Thurrock area and often goes under the alias of Jack Clarke.

Anyone with information is asked to contact Pc Paul Harrison at Grays police station on 101 or Crimestoppers anonymously on 0800 555 111.