SANTA came to the South Ockendon Village Social Club on Saturday to make some dreams come true for local children. 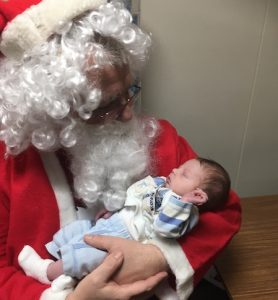 The little children were delighted with some wanting to see him time and time again. There were presents for everyone and one young man won the best Christmas jumper contest.

There were a lot of people there. UKIP leader, cllr Graham Snell was there but he popped out just before Santa came and then arrived back after Santa left.

After the event mums and dads stated that he was the best Santa at the social club ever.