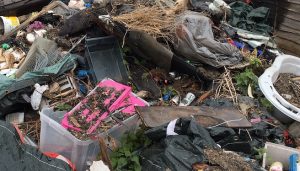 At the meeting to set Thurrock Council’s budget for the coming year, the Thurrock Labour Party put forward an ambitious plan to invest nearly half a million pounds in a pilot scheme to tackle fly-tipping.

Labour Leader Cllr Oliver Gerrish said, “Residents all across Thurrock know that we have a major issue with fly-tipping. First and foremost, individuals must take responsibility for properly disposing of their waste, but where illegal fly-tipping has happened the council must take action to ensure that other residents don’t have to suffer filthy streets and alleyways.”

“The Conservatives have failed to deliver on cleaning up our communities. Far too many parts of Thurrock have been neglected and left in a shameful state by the Tory Council. That is why Labour is putting forward a proposal to pilot a dedicated team to tackle fly-tipping across the borough.”

“Labour would introduce a new rapid response team to quickly act on residents’ reports of fly-tipping and remove rubbish left on our streets. We have heard concern and disappointment from hundreds of residents right across the borough that Thurrock is suffering from a tidal wave of fly-tipping. Labour’s new plan could be a big step towards cleaning Thurrock up and keeping our public areas in a state we can all be proud of.”

The Labour amendment was forced through at Wednesday’s Budget meeting as Thurrock Independent (UKIP) and Tory councillors abstained on the vote. Pressure is now growing on Thurrock Council’s Cabinet to adopt the Labour proposals.