Grease’s 40th anniversary to be celebrated at Vue Thurrock

TO commemorate the 40th anniversary of the iconic musical Grease, Vue Thurrock is bringing it back to the big screen at select venues* across the UK on Thursday 19th April. 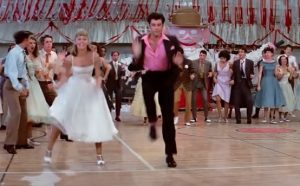 Grease is one of the most successful musicals ever made and fans will have the will have the chance to experience the film that cemented John Travolta as an acting legend and propelled Olivia Newton-John into stardom once more – in true Hollywood style on the big screen. The classic film’s soundtrack sold over 8 million copies worldwide and includes classics like “You’re the One That I Want” and “Hopelessly Devoted to You”.

The screenings take place on Thursday 19th April, at selected Vue venues* across the UK and the official Grease 40th anniversary trailer can be viewed here:

Tickets can be booked now at: https://www.myvue.com/film/grease-40th-anniversary