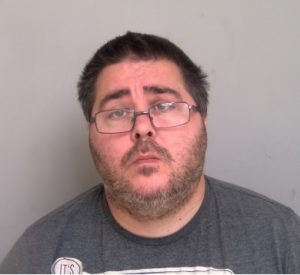 A PREDATOR who posed as celebrities to target girls online and persuade them to send nude pictures of themselves has been jailed.

Mark Burrisson, 43, used Skype to contact the victims, who he did not know, and persuaded them to send him photographs and perform sexual acts.
He targeted 11 girls aged 11 to 15.

Officers from the Essex Police’s Online Investigation Team (POLIT) seized his computers in February 2016 after executing a warrant.

He was jailed on Wednesday, March 21 for a total of two years. He was also given a Sexual Harm Prevention Order for 10 years and put on the Sex Offenders Register for 10 years.

Investigating officer PC Nick Riley, of Essex Police’s Online Investigation Team, said: “Burrisson targeted his victims through social media and led them to believe they were talking to famous people.

“He deliberately claimed to be these people to seek out these young victims and engage them in detestable online conversations.

“He spun a web of lies, offering them tickets to music shows and claiming to be in love with them in order to obtain sexual images of these victims.

“Burrisson denied the charges, claiming he wasn’t responsible. After hearing all of the evidence, a jury unanimously found him guilty on all counts.

“This case highlights the dangers our children face in talking to people online that they do not know personally.

“I would encourage children, their parents and carers to be extremely vigilant as the other person at the other end of an online conversation are not always who they claim to be.

“My advice would be to only talk to people you physically know.

“Parents and carers can also speak to their internet providers about parental controls and safety tips.