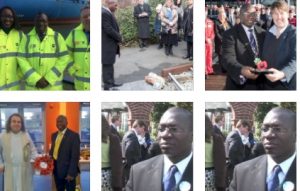 THIS is a ward that Labour alway say they fancy and each time they flatter to decieve. Mind you, in 2016, they got relatively close when the Conservatives won by just 57 votes. But at that time, Labour had Qaisar Abbas who when it comes to campaigning is a force of nature.

The incumbent councillor is the present mayor, Tunde Ojetola. This year, cllr Ojetola has been mayor to the borough. Every photo has a man beaming with civic pride and clearly proud of the borough he represents. We think we will skate over his chairing of council meetings.

Tunde is very popular in the ward and is one of those councillors that almost has a brand. If he is returned to the chamber, he is always a valued member of the council and alway seems to be a reasonable and calming figure.

It will be interesting to see how many votes the Thurrock Independents get, how much brand recognition they have now, on their own merits or as a party that morphed from UKIP.

Labour’s candidate is Abbie Akinbohun, who, we believe has shown great enthusiasm but may not quite be ready for civic representation.