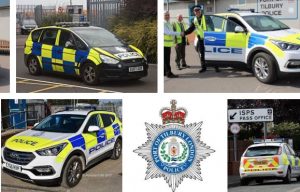 AFTER the AGM at our October meeting we were pleased to welcome our MP Jackie Doyle-Price to give us an illustrated talk on the History of Tilbury Docks Police. She started by reminding us that we are a maritime nation – it’s in our DNA. The Port of London Authority (PLA) is now the biggest port in the country, by tonnage, with the PLA having the second oldest police force in the country. A book by Glyn Hardwick, who had served as a special constable, described the docks as ‘the front door of the Kingdom.’

In 1792 the world’s first organised police force was started at Wapping. The men were paid 12 shillings a week, similar to an unskilled worker. By 1798 the number of officers was increased and seafarer John Harriott devised a plan for Thames Police Officers. There were 7000 ships in London docks each year; corruption was endemic, with a criminal network, wealth being concentrated in the docks.

The police were part of the problem, turning a blind eye to brothels. Also the City of London turned their backs on events outside the city boundary. West India Dock companies provided their own police force in 1802. One by one other dock companies introduced forces, working independently. The government tried to set up a police force for London and met with opposition, but in 1829 Robert Peel put through The Metropolitan Police Act providing a permanent police force. They were expected to police the docks but did not agree to combine with docks police.

We became a great power, with longer ships and needed to build new docks. In 1908 David Lloyd George created the PLA by merging the London Docks which still remained privately funded.

Docks were a dangerous place and by 1930 police were issued with life jackets. Container services started in the late 1960s and the PLA, based at Tower Hill, opened an office in Tilbury in 1965. The ports were nationalised in 1966 and it was suggested their police be merged with local and
British Transport police, an idea that was dropped.

Today the docks are now mainly accident free. The PLA police work with Essex police and the broader community, alongside security companies and HMRC, now dealing with human trafficking, smuggling and drugs. The future is secure, still at no cost to the taxpayer. This was a very informative talk, increasing our knowledge of how our docks and its police were created.

Our next meeting will be held at 8pm on Friday 18 May at the Grays Adult Education Centre in Richmond Road, Grays when our talk will be Thurrock’s Archaeology, by our Museum and Heritage Officer Hazel Sacco. Visitors are welcome.