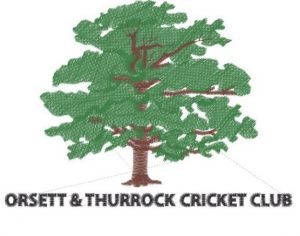 WITH rain in the air O&T skipper Paul Bennett won the toss and decided to have a bowl at Buckhurst Hill in this first Shepherd Neame league fixture of the season.

A loose couple of overs early on from George and Mark Pavitt (unrelated) gave Buckhurst Hill a good start and it was Mark Pavitt that the skipper decided to change first with Nawaz Ahmed Jan, only hours off the plane, coming on to bowl at the pavilion end.

With the score at 54-0 a change of strategy meant Bennett brought himself on for George Pavitt and shortly after Aggy Tahir on for Nawaz.

It was in the 18th over with the home side cruising that a speculative appeal saw the umpire give the decision for the visitors, lbw, and Tahir had his first wicket of the day.

The following over saw the rain become too heavy to continue and the covers were on.

After a loss of seven overs apiece, reducing the game to a 43 over affair, Tahir continued from the pavilion end and with his first ball after the enforced break took the second wicket to make the score 71-2.

With the rain continuing to fall and the score at 94-2 in the 27th over, a top edge off skipper Bennett to Tahir at mid-on was safely taken to gain the skippers first wicket of this seasons campaign, 96-3.

With Tahir persisting from the other end, an edge to slip into the ever-reliable hands of Danny Laird and Buckhurst Hill were 96-4, although the batsman was not happy, delaying his exit from the arena and giving the official a dagger stare.

In the 32nd, last week’s star 16-year-old Tom Redman was unable to take a top edge chance but Tahir soldiered on, forcing an edge to slip to the reliable hands of Danny Laird, 96-4. With Tahir still sticking well to his task, he nabbed his 4th with Umar Ayub executing a nice stumping and Buckhurst Hill were 116-5 in the 34th. Two balls later with the batsman swinging at a delivery that lifted a bit more than expected an edge behind to keeper Ayub and Tahir had his 5th wicket, 116-6.

With opener Karunakaran holding the Buckhurst Hill innings together the home side were still hoping to push towards a challenging total, especially given the abysmal conditions.

It was Mitchell who would make the key breakthrough, skipper Bennett timing his introduction perfectly, as he often does with Mitchell mid innings. A dipping delivery that Karunakaran missed tried to slog sweep and O&T had the key wicket, trapped lbw. O&T were now hoping the rain would hold off as this was now clearly a chance for maximum points.

With the rain getting heavier, safety concerns rising and the umpire’s decision to keep them out looking questionable, it was only a few balls later that they came together and dragged the players off with the score at 132-7 in the 37th.

With the sky looking darker, and the outfield starting to resemble a paddy field, it looked like that might be it for the day, however an early tea was taken and an inspection at 4.30pm resulted in O&T going in to bat at 4.45pm chasing 132 in an adjusted 33 overs.

In the 7th over with O&T on 18, Bennett was unlucky playing a high back foot defensive, the ball dropping onto his calf and onto the stumps.
One of the Buckhurst Hill fielders was castigated by the umpires for off putting tactics, and during this spell both Lewis Lockyer and Umar Ayub had chances put down. But it wasn’t long before one chance stuck and Ayub was walking back to the pavilion.

Enter the heavily jet lagged Nawaz, who looked in touch, before the rain returned and the covers were on once again at 24-2.

With an over being lost for every 3.5 minutes and O&T still required to get 133 to win, regardless of how many overs were left, the chances of a victory looked very unlikely.

After 20 minutes the umpires called the captains together and collectively decided to abandon the game.
Aggy Tahir’s 5 wickets the highlight, but an opportunity for O&T to grab an early win was washed away on a very soggy Saturday afternoon.
The 1st team entertain relegated Colchester to School Lane on Saturday for a 12:30 start looking to pick up their first win of the season.

Despite the weather conditions at Orsett on Saturday, this Essex Cricket League local derby proved anything but a damp squib as the world famous OAT 3rd XI returned to league action at the start of the 2018 season, writes Eimer Wette.

Before play started the two sides observed a moments silence for David and Lynn Kooyman who sadly passed away during the close season. Lynn was a former secretary and David a former chairman of the club. The family association with the club still continues with batsman Lee Kooyman who lined up for OAT in this game.

With the start delayed due to rain skipper Tyrone Owen was relieved to win the toss and elected to field and sent his troops on to the field in their waders, flippers and snorkels. Talking of fancy dress, Owen turned up in his wicket keeper costume due to availability issues on the first week of the season! Callum Owen and Azhar Nawez were given the new ball responsibility and set about testing the Belhus openers, Waters and Cansoals. Both seamers had reasonable shouts for leg before turned down and Owen Junior had Cansoals dropped in the tricky conditons. By now both batsman were in and skipper

Owen drafted “winner winner chicken spinner” Stephen Brooks into the attack alongside the evergreen “Janitor” Michael Parker, who he wanted to mop up the stubborn openers.

The change appeared to work as Parker had a massive shout against Cansoals but the umpire remained unmoved to the bemusement of all involved. Both openers had negotiated the drizzle and conditions well so perhaps they had earns their luck and both had got themselves a good start before the wickets started to fall. Cansoals was trapped LBW by Brooks for 35 and Waters went for the same score from the same bowler, this time assisted by a catch from Parker just behind the square leg umpire.

This bought Josh Clarke and Keith Dhannie to the crease and they both made solid contributions before Parker clean bowled Clarke (11) with a surprise inducker (not just to the batsman!) after a period of off stump probing. Dhannie made 22 before he was the latest Brooks victim, this time caught one handed by Mason Wren out on the boundary.

Brooks was to cause more havoc on the Belhus line up and he soon bowled his way to a five wicket haul. Salim (4) was caught by Mendham and then Brooks completed his handful by trapping Williams in front for a duck. Meanwhile while all this was happening, Plans was up the other end quietly going about his business in impressive fashion. He battled his way to 44 before one shot too many meant that Wren had him caught by Feeney and this seemed to be the key wicket. The last Belhus wicket to fall was Waters. Skipper Owen finally found some use for his fancy dress keeper gloves and dived low to his left to help Feeney to a wicket as Belhus ended their innings on 175/9.

As OAT started their reply the sky brightened up a bit. They say that sun shines on the righteous and it obviously does as it soon disappeared again as Wren and Owen were in the middle! Wren hit A. Maidment for a couple of towering sixes as he looked to dispel any weather fears by finishing the game early. Skipper Owen was ably assisting at the other end and OAT soon had 40 on the board off of just 4 overs. Of course things are never that simple in cricket and Wren was caught in the slips by Belhus skipper Waters for 26 of the bowling of B. Maidment. The following over Belhus were right back in the game as seasoned veteran Al Maidment had Owen caught behind to give the visitors all the momentum. You could forgive OAT for going into their shell and maybe trying to bat out a draw in the now steady rain but this 3rd XI has a tradition of thinking differently to convention and one of the new intake seems to have embraced this.

Harry Dove came to the crease and was playing shots like it was a true pitch on a bright summers day. Bouncers, yorkers or spin, it didn’t matter as they all got the same treatment to wrestle the game back in OAT favour. In support was Greg Mendham who grafted his way to 25 runs in the worst of the batting conditions. When Mendham was out of the bowling of Dhannie OAT didn’t need to worry as they had a plethora of batting options in the shed. Lee Kooyman strolled out to the middle with a job to do helping Dove see the game home. By now everybody was soaked through from that annoying non rain that feels like nothing but somehow makes you wet without realising it. The last two hardy spectators swam back to the clubhouse leaving the climax to be witnessed only by the scorers, the batsman waiting to come in and the Environment Agency who were monitoring the river levels at the School Lane end which is amazing due to the fact I’m sure there wasn’t a river there at the start of the game?
The end finally arrived with a few overs to spare but not before Dove reached his 50. OAT had won this Derby game by 7 wickets with the not out batsmen being Dove (57*) and Kooyman (45*). Credit must go to both teams for getting a game in and making the best of the conditions and also to the groundsman of the June Ridgewell Ground who got a pitch to withstand the rain and produce 2 decent early season totals as the ground enters its farewell season.

5th XI started their league programme against Southend at Corringham Saturday. OATS won the toss and put Southend in. Although scoring was slow Southend reached 74 before losing their 1st wicket to colt debutant Charlie Best.

What followed was startling. Southend lost their next nine wickets for six runs. Matt Cairns 2, Sherali Kheoti (another colt debutant) with 3 and skipper Hills 3 were the wicket takers.  OATS started terribly losing both openers with 6 on the board then the experience of Dave Carter (21) and Rob Bundock (24) steadied the ship and with Cairns adding a further 22 Oats got home by 4wkts