Man with links across Thurrock wanted by police 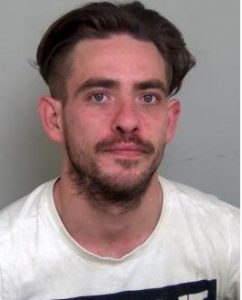 ESSEX Police would like to talk to Ashley Hodgins, 29, from South Ockendon, after he failed to appear at court.

He was due to appear at Basildon Magistrates’ Court on Thursday, May 17, charged with theft, common assault, five counts of making off without payment, obstructing a police officer and attempted theft.

Hodgins is of a slim build and often wears his hair in a man bun. He has links to South Ockendon, Grays, Upminster, Orsett, Chadwell St Mary, Basildon and Brentwood.

Anyone with information is asked to call PC Rob Mackenzie at Grays police station on 101 or Crimestoppers anonymously on 0800 555 111.