Over 43% success rate for driving tests in Tilbury 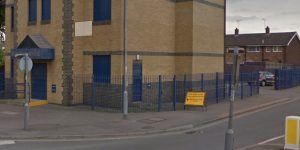 DRIVING test pass rates for test centres across Essex have been published by the Government, revealing Brentwood is one of the easiest places to get a full driving licence and indicating men are better drivers.

Of the 3,390 people who took their test in Brentwood in 2017 and 2018, 1,689 were given the good news after negotiating Warley, Shenfield, Wilsons Corner, Doddinghurst, the A12 and Brook Street roundabout.

Just Clacton had a higher pass rate with 50.5 per cent.

It was even higher than the pass rate in Basildon, which in the same period recorded a pass rate of 35.6 per cent.

It was statistically easier to pass in Brentwood than in Chelmsford which has two test centres – Hoffmans with 45.2 per cent and Hanbury Road with 45.8 per cent.

Across the board the pass rates for men were higher than women.

In Brentwood men recorded a pass rate of 52.1 per cent, while 47.4 per cent of women passed the test there.

The Hanbury Road test centre recorded a 49.9 per cent pass rate for men and 42.1 per cent rate for women.

The national average for the pass rate for men was 50 per cent while 43 per cent of women passed.