TV presenter and author David Lindo – best known as the Urban Birder – will be among the speakers when Hen Harrier Day returns to RSPB Rainham Marshes nature reserve on Saturday 11 August. 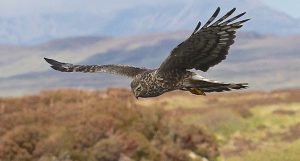 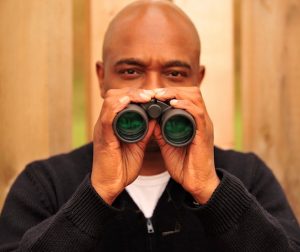 The event aims to raise awareness of the illegal persecution suffered by these spectacular birds of prey – one of the key factors in its precarious position as a breeding bird in Britain.

There is free entry for everyone to the event, which starts at 11am on Saturday 11 August.

David said: “Hen harriers are one of the most beautiful creatures in the world and, here in England, they are being killed by people with little regard or respect. Come to Hen Harrier Day and join the chorus of outrage.”

Natalie said: “I’m delighted to be speaking at my fifth Hen Harrier Day. It’s great to see the movement growing, demanding an end not just to the illegal killing of hen harriers and other raptors, but to the mass slaughter on our uplands that is claiming mountain hares and foxes, corvids and mustelids – all so grouse can be bred to extreme numbers, to be shot on the Inglorious Twelfth.

“We are seeing a massive collapse of biodiversity in Britain, which cannot continue. We need to reconsider the way we use all our land, and a ban on driven grouse shooting. Uplands must be managed in ways that respect the need for ecological balance, flood prevention and carbon storage.”
Martin Harper will discuss why saving hen harriers is a crucial indicator of our own species’ ability to live in harmony with the natural world, ahead of the global biodiversity summit in 2020.

He said: “In just over two years, world leaders will gather in China to report on how well we are doing at saving nature. We want the UK Government to report positive progress. A key test of success will be what is happening in our hills, and especially the fate of species like the hen harrier, which continues to be threatened by illegal killing. Hen Harrier Day is a fantastic opportunity to send a powerful message to landowners and politicians that the public demands urgent reform of the way our hills are managed.”

Mark Avery was instrumental in launching Hen Harrier Day in 2014 and campaigns tirelessly on the issue. Mark said: “Hen Harriers are wonderful. People who kill them are criminals. Driven grouse shooting cannot continue when it depends on wildlife crime. People across the UK are speaking out against this wildlife crime.”

Dr Ruth Tingay is a conservationist specialising in birds of prey. Ruth said: “Four years on from the first Hen Harrier Day, hen harriers are still in decline and the evidence of widespread illegal persecution is still being covered up. The problem hasn’t gone away – and neither have we. I’m looking forward to supporting Hen Harrier Day and standing with like-minded people to say – we’ve had enough.”

Despite full legal protection since the 1950s, hen harriers are absent from vast areas of the UK, not least because of illegal persecution on intensively managed areas of upland driven grouse moor.

The fifth Hen Harrier Survey, published in June 2017, showed there were just four territorial pairs in England in 2016 – down from 12 pairs in 2010 – despite evidence from the Joint Nature Conservation Committee that shows there is ample habitat to support more than 300 pairs in England alone.

Spreading awareness of this decline, Hen Harrier Day has quickly become an annual fixture, growing from a single rally in the Peak District just four years ago to nine events up and down the UK this year. The rally at RSPB Rainham Marshes covers the London and South-East region.

Most Hen Harrier Day 2018 events take place over the weekend of 11-12 August – the weekend of the so-called ‘Glorious 12th’ when the driven grouse shooting season starts.

Around 1,100 people have joined previous London and South-East Hen Harrier Day events at RSPB Rainham Marshes across 2016 and 2017, raising nearly £3,000 through raffles and Hen Harrier Day merchandise. This has helped to fund a raptor satellite tagging and tracking project run by campaign group Birders Against Wildlife Crime, which spearheaded the first Hen Harrier Day.

The event is free and there is no need to book – people can just turn up on the day. The nature reserve is open until 5pm so visitors can enjoy a leisurely afternoon of wildlife spotting (or indulge in a tasty treat in the café) after the talks have finished.

Visitors should travel by public transport please if at all possible as car parking at the reserve is limited. C2C trains run every 30 minutes between London Fenchurch Street and Purfleet and between Grays and Purfleet, and it is a level, signposted 15-minute stroll to the venue from Purfleet station. Local buses also stop very close to the reserve entrance.