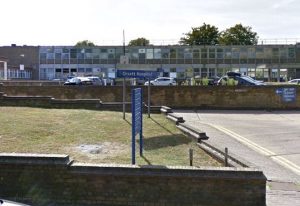 THE organisation supporting an Orsett Hospital community panel has revealed new details on how it will operate.

Kim James, of Healthwatch Thurrock, told the council’s health and wellbeing scrutiny committee that the People’s Panel will be completely community-led and will examine all aspects of the plans to close Orsett.

She also stressed that the panel will meet regularly until all of the replacement medical centres are open at the end of 2021.

“They had their first meeting on September 17, which is a core group to start with – people who have concerns and have interests in what’s going on,” she said.

“It includes representatives such as patients and carers who have used the renal dialysis service, other patient groups that will continue to use the services and representatives of community groups.

“Other invites will be going out as time goes on but we didn’t want to start with a great big group, we are starting with a small group to see how this is going to work.”

Healthwatch Thurrock will be acting in a support role to the panel, with their staff helping to establish a website and social media presence which will allow the panel to engage with the public directly.

Members of the panel will also have seats on board meetings and will be present for key decision making.

“Their main aim is to look at the services are coming out of Orsett hospital and going into Thurrock,” she said.

“They’ve already identified a few issues and what they want to do is invite people who could be from the STP or CCG or others to come along and they will look at the plans and get an understanding and then be able to challenge.”

The People’s Panel was a key part of the plan outlined in June when the Sustainability and Transformation Partnership (STP) announced Orsett Hospital would close.