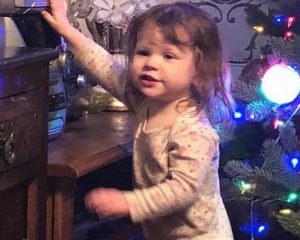 CONFLICTING stories have emerged about a 23-month-old girl who died while Thurrock Council social services was considering the family’s situation reports the Thurrock Independent newspaper.

The newspaper has run a series of investigatory news pieces on circumstances surrounding the death of the child.

An inquest was held into the death of Katie Eloise Eden on Wednesday, 5 September and an Open verdict was recorded.

No witnesses were called and coroner Mrs Eleanor McGann told how two “specialist pathologists” failed to find out how the young girl died.

Police informed the hearing there were no suspicious circumstances.

The girl’s family has been busy on the social network Facebook, where the mother, Susan Lewis, has asked why social services did not offer more help.

A whistle-blowers’ letter sent to council chief executive and seen by the Thurrock Independent, claims a “50-page, thorough internal review undertaken by the safeguarding team identified there were many failings.

“However, this report has effectively been buried [and] the report that was presented to the LSCB (Local Safeguarding Children’s Board) Serious Case Review Panel was a carefully worded document that omitted to include all the details.”

It goes on to allege the “carefully-worded” report was presented by somebody involved in the case.

The whistle-blowers’ letter adds: “Can we remind you Ms Carpenter, a 23-month-old child died. Potentially this could have been avoided if people had done their job correctly.

“If that’s not in the public’s interest we fail to see what possibly could be.”

The letter continues to allege people in the department are trying to “cover up” errors and asks: “How can staff ever have any respect for such people.”

It says that despite “there being serious concerns regarding neglect”, one manager decided “to close the case when [they] should in fact have escalated the case”.
And it says senior staff “failed to adequately safeguard” Katie Eloise Eden, alleging: “Records have subsequently been altered and updated since the child’s death.
“None of the above has been investigated.”

For further details of this report, go to https://www.thurrockindependent.com/2018/09/19/childs-death-is-focal-point-of-whistleblowers-latest-concerns/