A MAN who dragged a woman into woodland in West Thurrock and used his clothing to bind and gag her has been jailed.

Iulian Mititelu, 32, of Charlton Street, Grays, was sentenced to eight years at Basildon Crown Court on Thursday, October 18, after being found guilty following a trial. 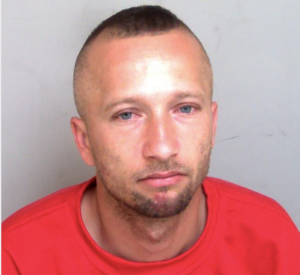 He has been placed on the sex offender’s register for life and was ordered to a pay a victim surcharge.

Mititelu was found not guilty of possession of an offensive weapon in a public place.

At around 3.30pm on Tuesday, June 12, Mititelu hugged the victim, who was known to him, and then dragged her into woodland off Cygnet Way.

He then threatened her and put his hand over her mouth to stop her screaming before using his shoe laces to bind her hands together and his t-shirt to gag her.

The victim feared for her safety before she was untied and told to undress before being raped.
We were called before arresting Mititelu at his home and charging him.

Detective Superintendent Jason Hendy said: “Mititelu believed that because he had been in a relationship with the victim, he was entitled to have sex with her, where ever he wanted.

“The victim was subjected to a terrifying ordeal where she froze in fear believing that he would inflict further violence on her.

“Mititelu claimed he had consensual sex with the victim. Fortunately a jury, just like my officers, didn’t believe his lies and found him guilty of raping her.

“The key message from this case is that domestic rape is not acceptable, it will be investigated and perpetrators like Mititelu will be locked up in prison for many years.

“The majority of these type of crimes take place behind locked doors and between people known to each other or in a relationship. Rape is never acceptable and I appeal to anyone that is subjected to any type of sexual violence or offence to report it to Essex Police.”

The victim, who did not want to be named, said: “I would like to thank the whole Adult Sexual Abuse Investigation Team, in particular investigating officer DC Sharon Long for investigating my case and supporting me. Thank you for everything, you are extraordinary people.”

2 Responses to "Man jailed after rape in West Thurrock woods"