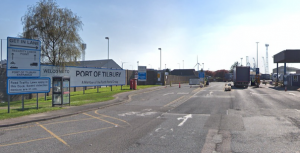 SIXTEEN unaccompanied children who came to Thurrock to find asylum have gone missing, including one who has been missing for more than three years.

Details of the missing children have been revealed in a new council report which notes that the borough is currently responsible for 48 unaccompanied children.

Councillor Sue Little, cabinet member for Children and Adult Social Care, said: “All new Unaccompanied Asylum Seeking Children (UASC) arrivals are supported in the same way as any other looked after child and missing protocols are followed as with any other child – working together with our partner agencies including the police, to search for them.

“All such cases remain open and actively pursued.

“The majority of children who arrive through the port and are typically classified by the UK Border Force as being aged 16 or 17. They are then placed in the care of the local authority.

“The authority is not allowed to place restrictions on their movement and they are therefore able to leave their care placement without restriction. They are subsequently reported to the Police under the usual missing children procedures.”

She added that many unaccompanied children come to Thurrock due to its location and the Port of Tilbury but those going missing is a “national issue”.

A report published in December by charities ECPAT UK and Missing People revealed that there were 4,765 unaccompanied children in the UK in 2017 and of those, 15 percent had gone missing from care.

The average number missing from each local authority was five.

Following the publication of the report, Catherine Baker, senior research, policy and campaigns officer at ECPAT UK, said: “Ultimately, each missing incident represents a safeguarding failure. Too often these children are treated as criminals or immigration offenders, rather than vulnerable children requiring support.

“Too often, they are placed in unsafe accommodation, or have not been made to feel safe by those responsible for their care.

“Each one of these children deserves specialist support, as well as an independent, legal guardian to support them, yet neither are currently guaranteed for every child.

“We also need every local authority to be systematically recording this information, with central Government collating and reporting on it regularly.”