Ward by Ward: Aveley and Uplands 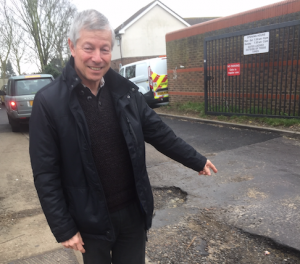 Aveley and Uplands is a fascinating ward. Many years ago, Labour had quite a hold. That ended in 2004. After that there was a long reign of Conservative councillors. They were very successful. Not only in winning local elections but also in representing their ward. Wendy Herd, John Cowell, Amanda Wilton (to name just a few) were local people committed to classic working class Conservative values.

They were then superceded by UKIP who were all able to tap into the local political psyche more effectively. Robert Ray was first but its poster boy was another local man, Tim Aker.

Since then, they have all left Ukip. When Tim Aker sought re-election last May, we thought that he wouldn’t win because he simply wasn’t Ukip anymore. What we failed to appreciate was the strength of Tim’s personal appeal and popularity. He won as follows:

The question is, now that Mr Aker has gone, do the Thurrock Independents (TI) have enough “brand appeal/awareness” to win?

In a master stroke, they have recruited local (ish) community champion Alan Field. Mr Field’s selection is interesting as it important if the Thurrock Independents are to have a future that they move away from former Ukippers and are represented by people who are seen as local residents first.

What Alan Field may have on his side is his own personal recognition and popularity plus the hard work and recognition that two two councillors Pete Smith and Luke Spillman have.

We happen to think that local is really important in Aveley. People speak passionately about the village, about the challenges and frustrations living there. We think the Conservatives may pay for not having local candidates (sowing and reaping come to mind).

We appreciate David Van Day will always have that Dollar tag but put that to the side, Mr Day has a lot to say and contribute to local politics and we think he would be an asset to a council. If he loses this, it would be good to see him be given the chance of a more “winnable” ward.

Good to see former mayor Charlie Curtis throw his hat into the ring. We hope more people in their eighties step up to the plate. Labour won’t win but they may well have a role if they can get at least 400 votes plus.

Turnout may be low and people may already be sick and tired of politics due to Brexit. They may look at the national picture but may also look at local issues such as cuts to local schools and the Conservative-run Thurrock Council’s spending priorities (Labour have gone big on the £10 million for council offices).