Fire sweeps through two homes after BBQ in Chafford Hundred

ESSEX Firefighters were called to reports of a fire involving two terraced houses in Galleon Road, Chafford Hundred this afternoon.

The fire had started accidentally by a BBQ in the garden of one property. The fire spread up the outside of the house and into the roof space. The fire also severely damaged the property next door as the fire spread through the roof. 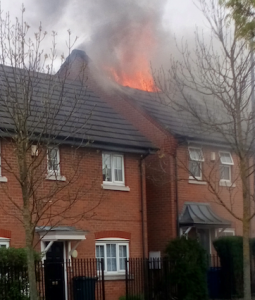 Fire crews wearing breathing apparatus fought the fire from within the houses and crews also used an aerial ladder platform (ALP) to pour water on remaining hot spots in the roof. Firefighters managed to stop the fire from spreading to the remaining four houses in the terrace.

At 6pm firefighters reported that firefighters were extinguishing hot spots so the incident was able to be scaled down to just two fire engines and the ALP.

The two houses affected by the fire have been severely damaged and are not habitable. 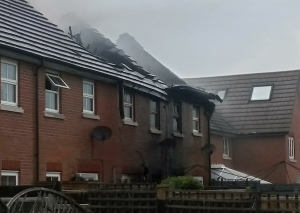 Follow the safety instructions provided with disposable barbeques. Never use a barbeque indoors

Make sure your barbeque is well away from sheds, fences, trees, shrubs or garden waste

Keep children, pets and garden games away from the cooking area

After cooking, make sure the barbeque is cool before moving it

Empty ashes onto bare garden soil, not into dustbins or wheelie bins. If they’re hot, they can melt the plastic and cause a fire

Store gas cylinders outside, away from direct sunlight and frost

After cooking, turn the gas supply off first and then the barbeque control. This will stop any gas from leaking