A MAN has jailed for six years for robbery offences in Tilbury where two men were threatened and told to withdraw cash at ATM machines. 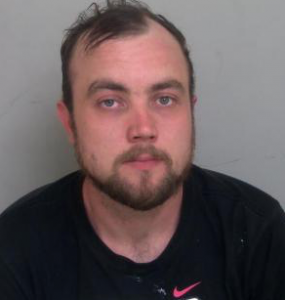 He previously pleaded guilty to the offences at Basildon Crown Court on Friday 19 July.

Randall pleaded not guilty to two counts of possession of an offensive weapon and one count of attempted robbery and these will remain on file.

He admitted threatening men in Civic Square before asking them to withdraw three-figure sums.

The first robbery took place shortly after midnight on Saturday 4 May and the second took place at around 5.50am on Thursday 9 May.

He was arrested at his home on Sunday 19 May.

Investigating officer DC Nick Rawlins, of Grays CID, said: “Randall has been sent to prison after targeting two men as they walked through the town centre.

“He approached them from behind and made threats before demanding they withdraw cash.
“Both men were left shaken by the ordeals Randall put them through and I hope this outcome offers some form of justice to them.”