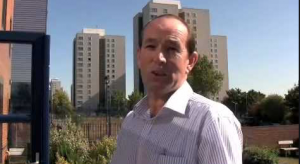 ON FRIDAY, the funeral took place of Graham Carey, who died after a short illness.

Graham Carey was a retired superintendent with Essex Police. After distinguished service with the force, he worked for ten years as the chair of Thurrock Adults Safeguarding Board (TASB)

Graham was the type of police officer that his colleagues respected and trusted. In many ways his police career bridged two eras, from the different world and police culture of the seventies/eighties into the accountable/target driven world of the 21st century so what was reassuring about Graham was that he looked like he had the route map for where he and you were heading.

This was also true in safeguarding where he also had a professional, diplomatic, congenial and direct way of communication with the Thurrock community.

This journalist had the pleasure of knowing Graham over the last decade. Before and after each interview, there would be lots of chat. Often, how Graham saw a situation was how one should see a situation.

Below is an interview with Graham from 2009.