More than 290 people attended the awards on Thursday 10 October, which were led by Chief Constable BJ Harrington and compered by television presenter David Whiteley. 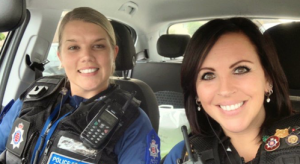 The force’s annual awards celebrate dedication, bravery, professionalism and spirit of those who work for, or dedicate their time to supporting victims, tackling and preventing crime, and protecting the vulnerable members of our local communities.

A total of 83 people were shortlisted across the evening’s award categories with a single winner, and all different manner of teams were represented – from response teams at Stansted Airport, to the Serious Economic Crime Unit and the force’s Quality of Service team.

More than 300 nominations were made for this year’s awards, which were whittled down by a 40-person judging panel to get to the evening’s shortlisted candidates.

Chief Constable BJ Harrington said to attendees: “Be prepared to laugh and to cry, to be overawed by the tremendous work of our people and to walk away feeling an immense sense of pride in every single person in the Essex Police family.

“I know I certainly will, as I do every day after hearing and seeing about the work that brave, skilled, compassionate and dedicated colleagues do to help people, keep them safe and bring those who cause harm to justice.”

PCSO of the Year was awarded to JoJo Mitchell, who has been based in Thurrock since joining the force 13 years ago. JoJo has been described as going ‘above and beyond’ by her colleagues, and not only works to maintain a visible presence in the local community, but is also dedicated to keeping them informed via social media, and was one of the first officers in the force to do so. She also leads Thurrock’s Police Cadets, having been a founding member when she started with the force.