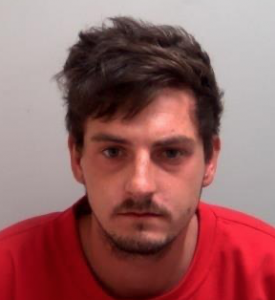 A DRIVER convicted of dangerous driving in June 2018, has been sentenced to an additional five years in prison after a pedestrian he collided with died.

On 16 May 2018, a driver was in collision with two pedestrians on Coronation Avenue, East Tilbury after losing control of the car he was driving, crashing into a garden wall before returning to the road and colliding with 65-year-old Barbara Holland and an 11-year-old girl.

At Basildon Crown Court on 22 June 2018, the then 25-year-old Liam Jones-Bell of Markhams Close, Laindon, pleaded guilty to two counts of causing serious injury by dangerous driving, failing to stop after a collision, aggravated vehicle taking, drink-driving, driving while unfit through drugs, driving without insurance and driving otherwise than in accordance with a licence.

He was sentenced to a total of three years and four months in jail and banned from driving for eight years and eight months.

Jones-Bell was re-sentenced for causing death by dangerous driving and was yesterday, Tuesday 26 November, given an additional five years to his existing prison sentence.

Senior Investigating Officer Inspector Rob Brettell said: “This was a tragic incident where a driver’s selfishness and complete disregard for others not only caused a family significant trauma but the loss of a loved one too.

“Through the hard work and dedication of the Essex Police Serious Collision Unit, we were able to help secure the highest custodial sentence which has been imposed in the county for a death by dangerous driving offence, and whilst no sentence can ever bring Barbara back, I hope her family will take some comfort from this.

“Jones-Bell will now serve additional time for his callous actions and we will continue to prosecute those who choose to drink and drug drive so that we can deter other people from doing that same, in a hope that we can prevent tragic cases like this from happening again.”