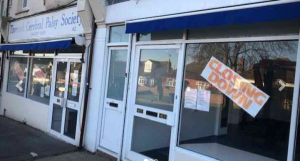 THE demise of a long-running Thurrock charity remains shrouded in mystery – with many of its supporters and former volunteers saying they have been left with a sour taste about the way it was wound up reports the Thurrock Nub News.

Thurrock & District Cerebral Palsy Society, whose patron is celebrity Phill Jupitas, was established in 1964 by a group of parents with children with cerebral palsy to give each other mutual support while all coming to terms with the same problem.

Over many decades it has been a popular charity with borough fundraisers, who have helped it buy a shop in Corringham with two flats, a holiday home for youngsters and their families and – most recently – a beach hut at Shoeburyness.

In July this year the Thurrock Independent (see additional info link below) reported on the pending closure of the charity – with many of its supporters expressing deep concern.

The charity’s governing committee promised a full statement about what was happening – but nothing has been forthcoming other than a notice posted in the fundraising shop on Lampits Hill, Corringham, saying the charity had gone into liquidation.

However, trustee Bob Jupitas, (Phill’s dad) said the poster in the shop was put up in error and was ‘a wrong use of words’. He said the charity is not in liquidation, but is seeking to transfer its assets to Kids First – an associated charity which runs a school of Conductive Education for children with cerebral palsy on the Lampits Hall site.

He told Thurrock Nub News: “We are in the process of making changes but it is taking a long time. The charity remains ongoing at the moment but we have decided that we will just run the Kids First School.

“It was becoming increasingly difficult to raise funds through volunteers in our shop so we plan to lease that out and make revenue, as we will from the flats above it.

“We have engaged specialist solicitors to deal with this but as happens with these things it takes a long time.”

However, former volunteers with the charity remain angry about the way they were cast aside and extremely concerned about the disposal of assets.

The charity’s holiday home at Walton on the Naze has reportedly been sold and a beach hut at Shoeburyness was purchased for use by families but there appears little by way of formal record of the transactions. It appears there has been very little use of the beach hut.

The charity’s website still says the home at Walton is operational and there is no mention of the beach hut – though it is mentioned on the charity’s listing the with charity commission.

Bob Jupitas remains adamant that any concerns are misplaced and says that in due course a full statement will be made about the charity’s situation.

Former volunteers remain unconvinced and they have called on the charity commission to look into its recent dealings and for a full financial statement to be made.

One told Thurrock Nub News: “A lot of people have put a lot of time and effort over many years into this. Volunteers who ran the charity shop were effectively dumped and kicked out of the door by the manager who decided the charity needed to take a different way forward.

“She has now left but no-one seems to be taking responsibility and no-one is saying anything about this. It’s very disturbing and a great, great shame.”

After Thurrock Nub News had spoken to Bob Jupitas on Monday (2 December) he came back to us to say he had visited the shop and confirmed his previous statement that the notice in the window was posted in error. However, several hours later, several copies of it remained in place on public display.