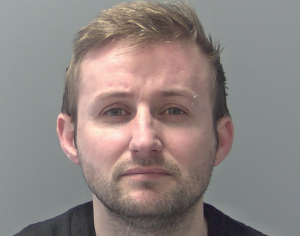 A MAN has been jailed for hacking into the iCloud accounts of multiple people before capturing their private photographs and sharing them online with others.

He received a total of 32 months immediate custodial sentence for nine counts of voyeurism, five counts of taking an indecent photographs of a child and 12 counts of Computer Misuse Act (Hacking) Offences. He was put on the Sex Offenders’ Register for life and was given a Sexual Harm Prevention Order for 10yrs.

In 2017, Essex Cyber Crime Team discovered that Spencer had accessed iCloud accounts without the owner’s consent to obtain private sexual images for his own and others sexual gratification.

A police spokesperson said: “During several searches of his home address, we found computer equipment containing the victims’ pictures as well as software used to access these accounts. Twelve victims were identified and they were informed.

On Spencer’s computer equipment were also secret recordings made using specialist hidden recording equipment at his home address to capture his own sexual activities.

There were also recordings made at Diss Leisure Centre in Norfolk where he secretly filmed young women and children getting changed in the changing rooms.

Of these recordings we were able to identify seven of the victims and inform them of his actions.

Detective Sergeant Ian Collins, of Essex Police’s Cyber Crime Team said: “Spencer is a sexual predator who has now been brought to justice for his actions.

“The victims have been through an extremely distressing and emotional time throughout this investigation and can now have some justice with Spencer being prosecuted and placed on the Sex Offenders’ Register for life, which will also acts as a deterrent for other offenders.

“Spencer went to extreme lengths to obtain images of young women and children without permission for his own and others sexual gratification.

“His secret lifestyle went hidden for many years until we received just a single report that revealed much, much more.

“He used his specialist knowledge to hack his unsuspecting victims’ accounts and then accessed their most intimate photographs for his own sexual purpose and that of others.

“Spencer had no regard to the distress and embarrassment he caused the victims. We have now uncovered a long history of offending shown in his use of hidden cameras used at the swimming pool where he targeted both women and children at the point of getting changed into swimwear.

“This case highlights the importance of using two-factor authentication (2FA) on your online accounts.

“Spencer was not able to access any accounts secured with 2FA as he would have needed the mobile phone of the victims at the same time.

“People who commit crime online wrongly believe that we will not investigate these offences.

“The Cyber Crime unit is dedicated to investigating serious online crime and if you commit crime online, we will investigate you and bring you to justice.“

This investigation is part of a larger Essex Police investigation involving a number of suspects across the country found to be hacking into hundreds of iCloud accounts.

It started after a victim from Grays reported her iCloud account being hacked and her personal intimate pictures posted online.