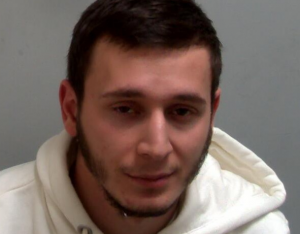 A MAN has been sentenced to 20 months in a Young Offender Institution after being found with cocaine and a false identity document.

Officers stopped Egzon Rexhaj, 20, in a Volkswagen Golf at the Mayflower Retail Park in Basildon on 23 November last year.

Ten wraps of cocaine were found inside the car, along with £1,035 in cash.

When initially arrested, he provided officers with a fake name, and had managed to obtain a false driving licence and false insurance for the car he was in.

Rexhaj, of Grove Road in Grays, admitted possession of a class A drug with intent to supply and possession of an identity document with improper intention when he appeared at Basildon Crown Court on Wednesday 15 January.

He was also ordered to pay a £149 victim surcharge.

The £1,035 cash and the drugs he was found with have been seized.

PC Ross Brown, of Basildon’s Local Policing Team, said: “Following proactive police work, and using stop and search powers, Rexhaj was found in possession with a quantity of
Class A drugs and documents to hide his true identity.

“This case show we will use the powers available to us to detect and disrupt drug dealing in Basildon.

“If you are caught, we will arrest you, we will investigate, and you will be put before the court where you can face time in prison like Rexhaj.”