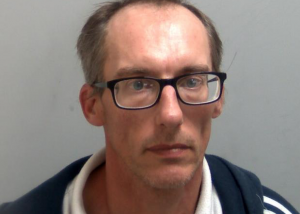 A MAN has been jailed for eight years after admitting sexually assaulting a girl over two years in Tilbury.

Philip Cast, 48, of no fixed address, appeared at Basildon Crown Court yesterday, Wednesday 4 March, where he was sentenced for six counts of sexual activity with a child.

Cast, who previously admitted the offences at the same court on Monday 30 September 2019, will serve five years extra on licence.

He has been placed on the Sex Offenders’ Register for life and he has been made subject to a five year Sexual Harm Protection Order.

Police received information in September 2019 that Cast had abused a teenager between 2014 and 2016.

They arrested him, secured phone evidence and interviewed Cast, where he admitted his crimes.

“The victim has shown a great deal of courage and bravery. She helped provide evidence and she has assisted our officers with our investigation.

“These are horrible crimes committed against a vulnerable child and this is reflected in the length of sentence.

“The conviction also shows that we will always do whatever it takes to bring offenders like Cast to justice while providing support to victims and families.”